GOOGLE MUM: WHAT IS IT AND HOW IT CAN IMPACT SEO

GOOGLE MUM: WHAT IS IT AND HOW IT CAN IMPACT SEO

In June 2021, Google released the Multitask Unified Model (MUM) upgrade, which aimed to provide search results that were free of language and format constraints, resulting in a better search experience and higher Google rankings. The Google Multitask Unified Model (MUM) upgrade strives to meet modern search expectations by boosting online search capacity using an AI-powered algorithm. Due to a lack of intuition in the search engine, users are confronted with multiple searches, and geographical, and language obstacles when browsing the internet, which is contrary to expectations. Google’s MUM eliminates the need for users to conduct several searches in order to compare and obtain deeper insights.

How Does Google MUM Work?

Donald Metzler, a Google explorer, published an article in which he explained how Google search algorithms must use a newly discovered method to deliver extensive answers to complicated questions. Every current search engine relies on the Information Retrieval process, however, indexing and ranking websites isn’t enough. To build a preliminary list of candidates for search results, all search engines recognize keyword words, their conjunctions, and semantics. Then it goes through one or more re-ranking patterns, most likely neural network-based learning-to-rank patterns.

According to Metzler’s article, this technique eliminates the algorithm component responsible for obtaining the index: it is intended to merge and replace indexing, retrieval, and ranking elements into a Unified Model. It protects the data in a corpus by encrypting it. Consider the following screenshot from the article to have a better idea of what’s going on: It demonstrates the difference between the traditional retrieve-then-rank method and the Single Model. 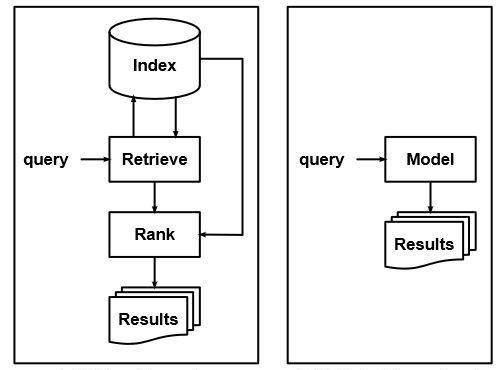 How Can Google MUM Affect SEO?

When a search engine’s algorithms change, SEO specialists must adjust. When BERT has first introduced a few years ago, it had no discernible effect on website performance. The rise of super-powerful AI, on the other hand, will have an impact on it. Sites must respond in the same manner when describing a search query in plain, natural language. Let’s take a look at how the Google algorithm can affect SEO.

When it comes to websites that aren’t multilingually optimized, for example, language becomes an impediment for many consumers. In this instance, the algorithm may be able to overcome these limitations. Even if you submit a search word in a different language, it can examine materials written in 75 languages and look for relevant information on them! For example, suppose you’re looking for information about the same Mt. Fuji. The search engine returns results, but they are in Japanese, which you are unfamiliar with. MUM will translate information from these sites into your chosen language while allowing you to provide more detailed responses. That is, depending on the region from which the search is conducted, any information will be translated.

This method assists you in better comprehending the query: Adams and Fuji are two mountains. Assume you’ve already climbed the first one and are looking for instructions on how to climb another one in the fall. In that instance, the algorithm may analyze geological differences without considering fauna and flora. Furthermore, excellent physical preparation, including training, is required for the hike to be effective. However, if we’re talking about fall, it’s worth looking for an outfit.

Have you ever heard of GPT-3 before? It’s a text generator that converts languages into human-like text. Its quality is so great that it’s difficult to tell the difference between it and the genuine thing, which worries researchers. Some people believe it is even harmful, while others believe it is a marvel of miracles, the most incredible creation ever created by man. When comparing this approach to MUM, the latter has a better likelihood of gaining leads. To begin, it is necessary to comprehend the relationship between the form of linguistic symbols and their actual representation. 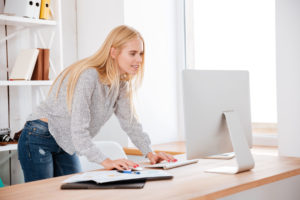 When compared to the GPT-3 and LaMDA, MUM technology has a significant advantage. The fact is that the system can comprehend data in a variety of formats, including images, videos, and text. In terms of AI, MUM will be the first programme to analyze and combine data in the same way that a human does.

As a result, SEO may become outmoded and obsolete as the game’s rules change. Google has been attempting to construct the ideal search engine that can handle queries naturally since its founding. When BERT first arrived in 2019, it was said that it could duplicate responses incorrectly due to a lack of understanding of the questions.

We should expect a revolution in search engines, with SEO becoming outdated as a result. The algorithm will transform into a personal assistant that will handle all of your tasks. When users can run a natural language query based on dialect, why would they try to match every word in the search bar? The relevance of keywords may not be as significant as it is now, but they will still be used to fill content.

At its annual developer conference, Google unveiled its latest MUM initiative. In the world of search engines, the exciting topic has become a revolution. Its strength is multilingualism, multitasking, and multimodality, all of which work at the level of the human brain. Not only the shape of the symbols but also their context will be seen now. So, how will this affect SEO if Google can read, hear, and see content in 75 languages and then repackage it in a new format and in a language that is natural to the user?

Most likely, its launch will make a bigger splash in the SEO sector than when BERT was made public in 2019. And if a significant impact on site performance was not previously identified, important queries may not be considered in this scenario. So yet, there hasn’t been any information on this. As a consequence, inquiries will be typed in natural English, but the search engine results will be translated as needed. As a result, consumers will obtain the most relevant information using super-powerful yet not resource-intensive AI.