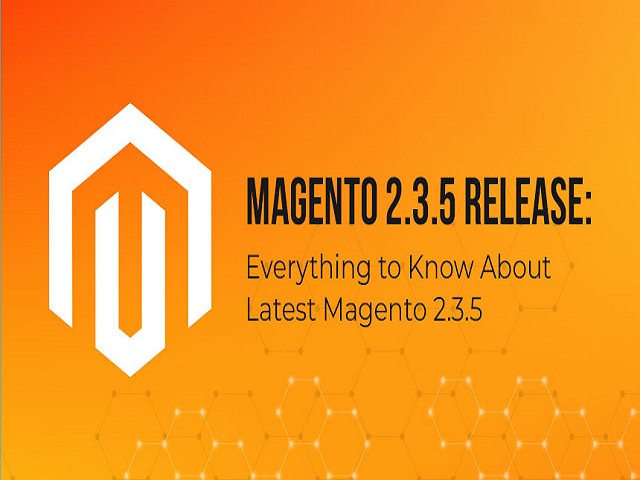 Among so many E-commerce platforms, Magento is a true winner and there is no doubt about this. This platform has proved itself unstoppable even in the face of the pandemic when all merchants are facing wide challenges. We can say this platform the successful one because of its continual enhancements in each version to deliver higher business performance. Currently, Magento 2.3.5 is the latest one that is available with all new upgrades to security, performance, platform quality.

Officially released on April 28, 2020, this new Magento 2 upgrade is a boon for online retailers. Available with more than 25 plus security enhancements, 180 plus fixes in functionalities across the platform, and 46 plus fixes reported by GitHub. Let’s discuss the latest features of this new version and how it is better than the previous ones.

MAGENTO EVALUATION OVER THE PAST YEARS

It is worth looking at the history of the Magento and understanding where it has been and how this E-commerce platform is improved.

Magento 1 Is The First Version

In 2007, the beta version was launched and the stable version Magento 1.0 in 2008 with more added products. The edition of first Magento Community was released Magento 1.1 which further upgraded with Magento 1.2, includes better navigation, added downloadable product, and File Transfer Protocol. Next, 1.3 version launched with introduced catalogues in 2009.

The enhancements in series of Magento 1 kept continue with more versions -1.4, 1.5, 1.6, 1.7, 1.8, and 1.9 containing added more mobile themes, widgets, and emails. Unfortunately, there was no further upgrade as Magento sites started becoming vulnerable to security threats and issues in performance. Magento 2: A Superior VersionThe all new upgrades of Magento 2 won the hearts of many online merchants out there. Its series 2.0.0 to 2.0.15 are transformed with enhanced flexibility,scalability, and improved performance.

The issues in 2.0.0 are fixed in 2.0.1. The performance further improved in 2.0.2. And the next release was 2.0.3 which is further upgraded to 2.0.4 with more improved performance and security. This series kept on improving with fixes in bugs, payment gateway, and enhancements in functionality, and security till 2.0.15 version.

As time passes by, versions 2.1.0 to 2.1.7 upgrade with much better functional fixes and enhancement in critical security. In 2017, the version 2.1.8 declared as open source which further upgraded to 2.1.9 with much more security fixes and other improvements. Magento again released its latest series 2.2.0 to 2.2.8 with new additions. Included with new tools, functional fixes, security enhancement, and improvement in core code.

2018 Has Brought Something New For Online Merchants…

Released in 2018 and the last updated on 2020, Magento 2.3.0 is here to help online merchants around there with much success. In-built with new tools, this release is empowering the website developers to build more efficient E-stores to fulfil clients’ expectations faster with ease.

Version 2.3.1 is another release with more bug fixes and improved performance. The series kept continuing as 2.3.2…2.3.3 to 2.3.5. The major enhancements are seen in 2.3.5. It is available to download with its upgraded security, performance, and features.

Having a powerful Magento platform is vital due to the increasing trend of online shopping. This popular E-commerce platform has regularly brought improvements to deliver the best user experience. There are so many reasons to upgrade to this version of Magento 2 as it opens the doors to build strong website performance.

So have a look at the major features

Various updates are there in this latest version. These changes are focused to bring intensification in website’s functionality. The upgrade in Symfony components and migration of dependencies are another change. The core integration of payment gateways; 3rd party applications are not accepted in this version.

It is surprising to say this Magento’s new version is best of everything. Now, there is no single issue one can experience in local storage as this improved version established a way to invalidate customer data sections. This further helps in increasing the efficiency of the websites. Moreover, there are multiple optimizations done in Redis performance as well.

Next Level of Security

If your store is more secure and stable, then the chances are higher you are less vulnerable to cyber-attacks. And this where Magento 2.3.5 version proves to be great platform in terms of security. Crafted with 25 plus security fixes, this release helps users to avoid code injection vulnerabilities and have close remote code execution. All these latest security upgrades allow merchants to build more reliable stores.

Apart from all the above upgrades, the new release has something new in its infrastructure. The PayPal Pro: one of the powerful online methods is much stronger as all the errors are now fixed in this. Plus, its performance is enhanced to a great extent so that it works smoothly in the browser.

The rectification in the page builder feature. It carries in-build templates, allowing users to apply to new content areas from the existing one. Plus, videos can be used in the background either in the slider form or banner.

Another change is in inventory management. Now users can manage the list of items more easily. Also, two new extensions points are added. It is good for owners that they can build extensible API with the all-new feature PWA Studio 6.0.0.

There are no such major changes in the functionality of GraphQL, but the users can now acquire information of entities with products/categoryList queries.

Some moderations are also made in Dot digital. An importer is available with much better performance. Allows B2B merchants out there to incorporate the Engagement cloud with Magento B2B. This further offers a way to engage with the customers more efficiently.

With all the latest enhancements, this version is all set to speed up the performance of all your E-commerce stores. From performance, security, to functionality, this new version got improvement in all the areas. Don’t think much! Go for the best Magento website development in Toronto, avail all the existing features, and take your business to the next higher level.

GET MY FREE PROPOSAL